The Office of State Aid Road Construction (OSARC) administers Mississippi's State Aid Road Program to assist Mississippi's 82 counties in the construction and maintenance of secondary, non-state owned roads and bridges. OSARC also administers the Local System Bridge Replacement and Rehabilitation Program for the repair or replacement of the most needy bridges in Mississippi, as well as administering special projects funded through the Federal Highway Administration and the Mississippi Development Authority. Additionally, OSARC administers the FHWA's National Bridge Inspection and Inventory program for the approximately 11,000 county and locally owned bridges in Mississippi.

The Office of State Aid Road Construction operates out of the Department of Transportation's lab complex, at the corner of Woodrow Wilson Avenue and North West Street, in Jackson. OSARC currently has allocated 54 staff positions and operates on an annual budget in excess of $175 Million, of which approximately $3.6 Million is used for the administration of the Agency. The remainder of the budgeted funds are put toward construction and maintenance.

The Enabling Act also provided for a State Aid System, to be composed of the principal collector and distributor routes in the 82 counties, connecting with the State Highway System and other principal county roads to form a network of secondary roads for the state. This system was originally limited to 11,656.4 miles, with each county allocated a percentage of this eligible mileage. The State Legislature at its 1962 Regular Session increased the eligible system mileage to 23,312.8 miles. No change was made in the allocation percentages. In 1994 under House Bill 1302 the allocation percentages were revised and the eligible mileage was increased to 25,857.04 miles. There are 19,005.30 miles actually designated by the Boards and approved by the State Aid Engineer as of June 30, 2011.

The 1994 Regular Session of the Legislature passed House Bill 1302 which included the establishment of a Local System Bridge Replacement and Rehabilitation Program (LSBP), (Section 65-37[1-15] of the Mississippi Code of 1972). The program provides funding for replacement and rehabilitation of deficient bridges maintained by counties or municipalities excluding bridges on the State Aid System, the municipal urban system or the rural major collector system. The Office of State Aid Road Construction is charged with the responsibility of administering the LSBP program under rules and regulations promulgated by the State Aid Engineer.

The 2001 Regular Session of the Legislature passed Senate Bill No. 2318 which established the Local System Road Program (LSRP), (Section 65-18[1-17] of the Mississippi Code of 1972. The program gives the counties the ability to use LSBP and State Aid funds (subject to certain criteria) for the construction, reconstruction and paving of county roads not on the State Aid Road System.

Organization of the OSARC Office

The actual organization of the office began with the appointment of the first State Aid Engineer on May 11, 1950. The office was authorized in 2016 to have an organization for a staff of fifty-four (54) full-time employees, including fifteen (15) Registered Professional Engineers. All positions are approved by the Department of Finance and Administration and the State Personnel Board.

Organization at the County Level

Each Board of Supervisors, as the governing agency of the county, is required by statute to appoint a County Engineer, who is a Registered Professional Engineer, to act for and on behalf of the Board and to administer the engineering functions at the county level, subject to the rules and regulations promulgated by the State Aid Engineer.

Operation of the Program at the County Level

It is the responsibility of the Board of Supervisors to designate the roads to be included in the county's State Aid System; adopt annual construction programs; acquire rights-of-way for State Aid projects; advertise for bids; award contracts; and maintain completed projects after construction.

The County Engineers' responsibilities and duties include, but are not limited to, the following: Assist the Boards of Supervisors in the designation and modification of their State Aid Systems; prepare annual construction programs; make surveys and prepare detailed plans and designs; make field inspections with the State Aid Engineer's representatives; prepare proposals for advertisement for bids; attend lettings at the county level; provide engineering controls (staking, etc.); supervise and inspect construction; prepare estimates for payment to the contractors; and make annual maintenance inspections of completed projects.

Operation of the Program at the State Level

It is the responsibility of the State Aid Engineer and his staff to prepare and adopt uniform design standards and specifications for the construction and maintenance of State Aid projects; approve all additions to the State Aid System; approve all construction programs, plans and specifications; authorize advertisement for bids; concur in the award of the contracts; approve and disburse all payments made from the project fund; approve the final acceptance of completed projects; and make annual and other periodic inspections of completed projects to see that they are properly maintained by the respective Boards of Supervisors.

During the early years of the program (the 1950's), many counties had a great need for bridges and graded roadways with a gravel surface, although many other counties began their State Aid Programs with the construction of hard-surfaced (blacktop) improvements.

It has been the objective throughout the program to construct roads that would connect with the State Highway System and other State Aid routes to form a network of secondary roads. At the present time, all programs now being approved provide for the future completion of a hard-surfaced facility.

The first hard-surfaced State Aid roads, which were completed in the beginning of the program, now need asphalt overlays. It will be noted from the summaries to follow in this report that a total of 3,723.12 miles of hot mix asphalt overlay construction (some surfaces were widened) has been accomplished. This points to the fact that the principal or arterial State Aid roads must now be upgraded to meet increasing traffic volumes and heavier loads. It is anticipated that the need for these betterments on the principal routes will continue to increase.

Bituminous surface treatments need to be resealed on an average of every five or six years to protect the surfaces and the investments made therein. A total of 31,441.65 miles have been resealed, with 2,450.69 miles of this total being contracted during the 2011 fiscal year.

The Legislature, during the 1982 Regular Session, amended Section 65-9-25 of the Mississippi Code of 1972 to permit additional State Aid funds to be used for maintenance, repair and reconstruction of State Aid roads which have been constructed in accordance with State Aid standards and specifications. 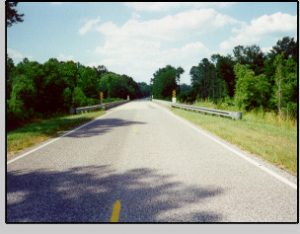